WHY DO TRAFFIC POLICE TOUCH the TAIL LIGHT AND the BACK OF THE CAR AS THEY APPROACH the WINDOW OF THE DRIVER THEY HAVE JUST PULLED OVER? 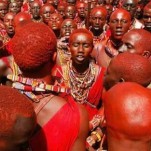 Interesting, right? I bet many of you didn’t know this. Traffic police do touch the back of your car as they approach the driver’s side.

They do this because, in the police academy, policemen are trained to touch either the tail light, trunk and/or the bumper of the vehicle they approach for a number of reasons as will be explained below:

Number one reason, according to the training, is to make sure that the officer’s fingerprints are on that vehicle so that, in case of anything, investigators can easily establish a physical connection between the officer involved and that vehicle.

This would come in handy in case an officer is seriously injured or killed during a shootout, an accident or a car crash that might tale place during the officer’s interaction with the vehicle.

This keeps the officer safely away from the vehicle’s path in case it suddenly accelerates backwards. This is because it’s a bit common for suspicious vehicles pulled over to suddenly take off or back up crashing into an officer or the patrol car.

This kind of movement can also happen if the shifter wasn’t all the way in park and it slipped back down into reverse when the driver takes his foot off the brake.

This is also common when the driver panics (which is so common amongst drivers) and hits the gas instead of the brake. If an officer is approaching the car from the rear and not a little bit off to the side, chances are he/she will be knocked down flat.

Experienced officers will confirm that they have had encounters with such scenarios and not once or twice. If they didn’t observe in this rule, they could either be dead or crippled.

There you have it! Feel free to add other reasons if you have any. Otherwise, try not to panic when pulled over by a traffic officer. Mind the police, they are our brothers, aren’t they?